The Circus Starring Britney Spears (Circus Tour) was a great example of how we not only created a unique special effect, but how we can often use that same technology and adapt it in brand new ways, for new shows.

The stage for the Circus Tour resembled an actual circus – with everything you’d expect to see at a big top. Amazing jugglers, clowns and acrobats all graced the stage alongside Britney, the ring master herself. But in our opinion, the biggest, most mesmerizing moment of the show was something that only the best circuses have – a burning ring of fire. In order to create this effect (which turned out to be a 17-foot circle of flame), Kevin Hughes, Pyrotek’s Senior Product Specialist, had to figure out how to turn the idea into a reality.

“We had some major logistics to consider. For example, how do you fuel it? How do you construct it? How do you mount it to the stage? How do you make sure it’s ready to be set up and taken down quickly, and how do you get the duration of flame that was needed for the experience?”

On top of this, Britney’s team wanted the execution to feature a high-low flame. “We needed a system that could sustain an 18-inch flame, that would rise to 6 feet high, and then fall back to an 18-inch flame. So, we got everyone around the table to figure out the R&D, how to do it and what we’re going to use to make it,” says Kevin. Ultimately, the new device was powered off of Pyrotek’s Dragon system. Its outputs were modified and a manifold was added in to achieve the high-low flame effect. With the help of Tait Towers, we integrated the device into the set.

During Britney’s song “I’m a Slave 4 U”, the Flame Bar ignited and the crowd went wild. In all its blazing glory, the fire slowly appeared and quickly formed a ring – with its flames rising and falling to the beat. The design of our Flame Bar was so innovative that we’ve used it (and adapted it) many times since, including for Kendrick Lamar’s unforgettable 2016 Grammy performance. 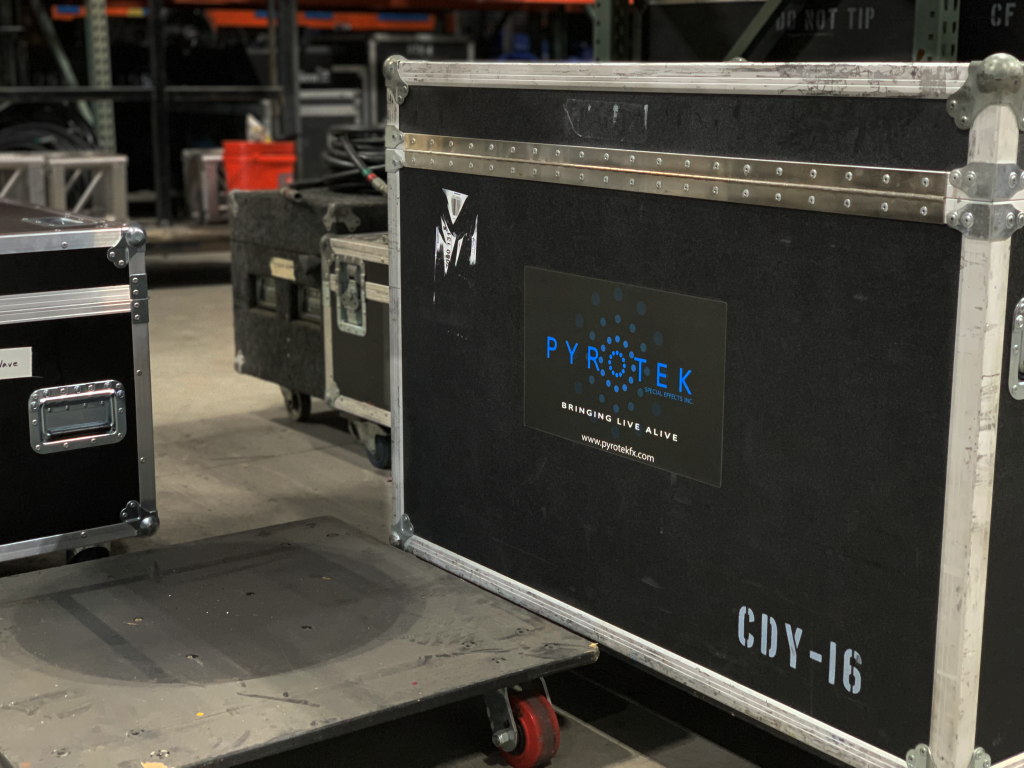 Innovation is exciting. Especially in the special effects industry. But innovating in this industry also involves a lot of heavy lifting to ensure that everything has been covered. 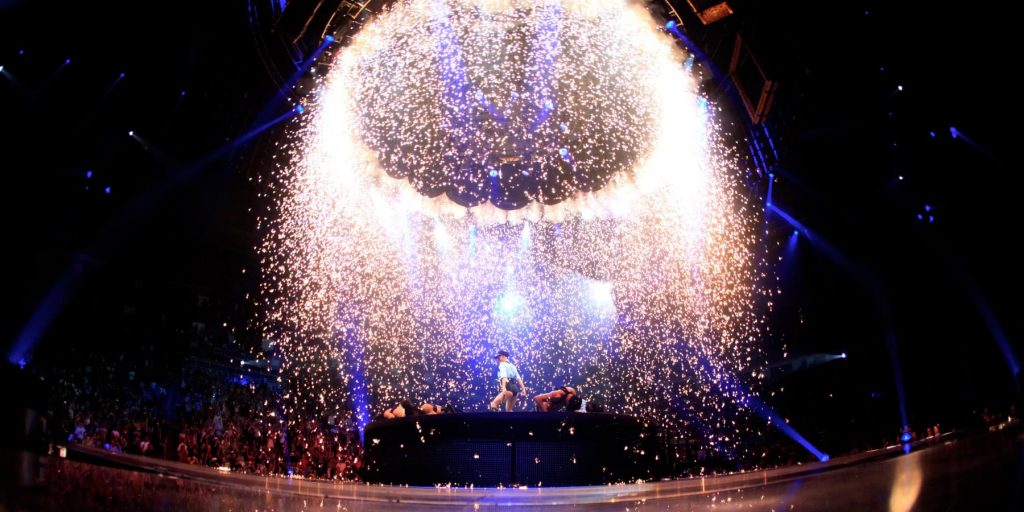 Pyrotek thrives in an industry that demands new ideas every day. It’s not a question of whether we should innovate, it’s how we do it.