Sometimes the challenge isn’t coming up with the idea itself, it’s how to bring that idea to life. Rihanna’s tour designer wanted to incorporate a foam effect for a few of the Anti Tour shows, but wanted to create it on a much grander scale. We already had created a foam machine prototype, but it wasn’t show-ready and was turning into (as Gary our Project Manager would say) “public enemy 1”. With only a month to test, we quickly rolled-up our sleeves and got to work.

“We wanted to give the audience bigger than life, giant bubble foam that didn’t leave a path of soapy destruction along the way.”

We had to ensure the installation would safely function while keeping the creative vision alive. Safety is our top priority, but we also wanted to make sure that every stage of the process was accounted for – including clean up. We took the prototype apart and reverse engineered it back together, so that we could have a better understanding of what pumps and nozzles were being used. We used a small pump cart, which had a large water pump with a high-pressure pump filled with foam mixture. Pair that with a two-story vinyl wall and we started to see some real foamy magic happen.

As Rihanna sang her last song of the night, the giant foam wall slowly poured down giant cascades of bubbling, sparkling foam. It made her final act from the Anti Tour so mesmerizing; it was almost impossible to look away. And how did we clean up the sea of bubbles at the end? A couple of shop bags, leaf blowers and vacuum cleaners was all we needed. 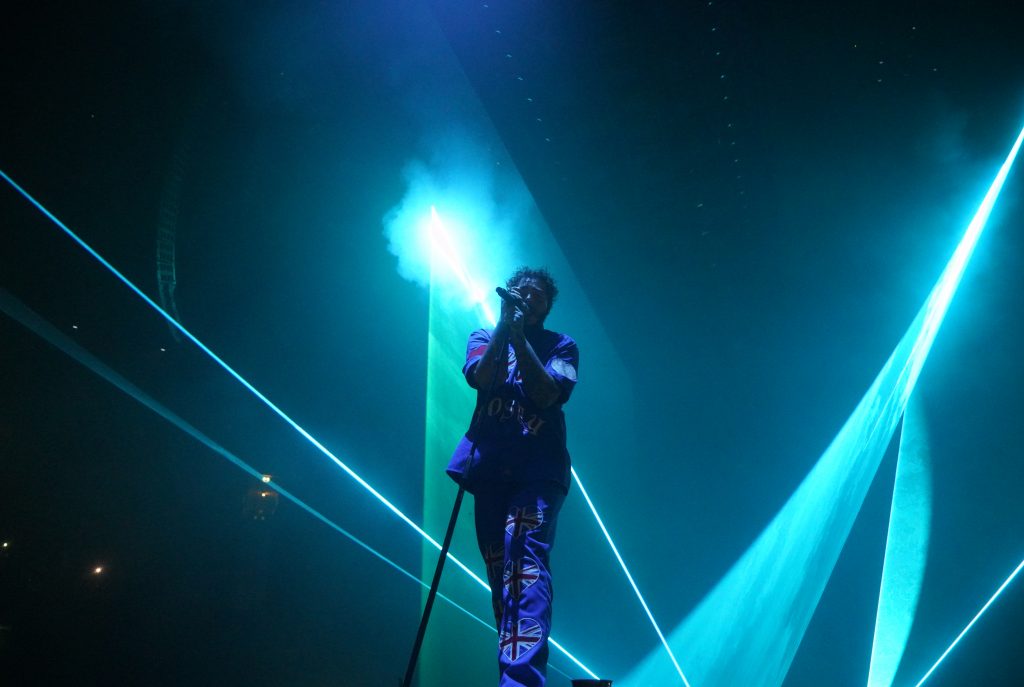